2021 has been a weird year. On the one hand, the pandemic still wants to be with us and I had to say goodbye to a dear relative. On the other hand, cinema has satisfied me unexpectedly in different occasions over these last twelve months, even though I haven’t spent too much time with it. Something a dear friend usually does. Let’s recapitulate.

After a couple of months of catching up with films I missed in 2020, Zack Snyder’s Justice League entered the scene bringing forth his creator’s vision like it was originally supposed to be. Albeit an epic four-hour run, this is a film that leaves so much in the air that everyone who has enjoyed it as much as I did is obviously still wishing for more. However, it seems like we are not going to get more material in this regard. Months later Snyder would come back with Army of the Dead which confirmed that whatever he has to say about zombies is not what I want to hear from him.

Another director that graced me with two of his works this year is Zhang Yimou. The political drama Cliff Walkers is a house of mirrors which probably indulges in standard propaganda too comfortably, but One Second goes way back to Chaplin to break the viewer’s heart with some of the simplest and yet more profound emotions cinema seems to have forgotten about. Predictable just as it is immensely enjoyable. 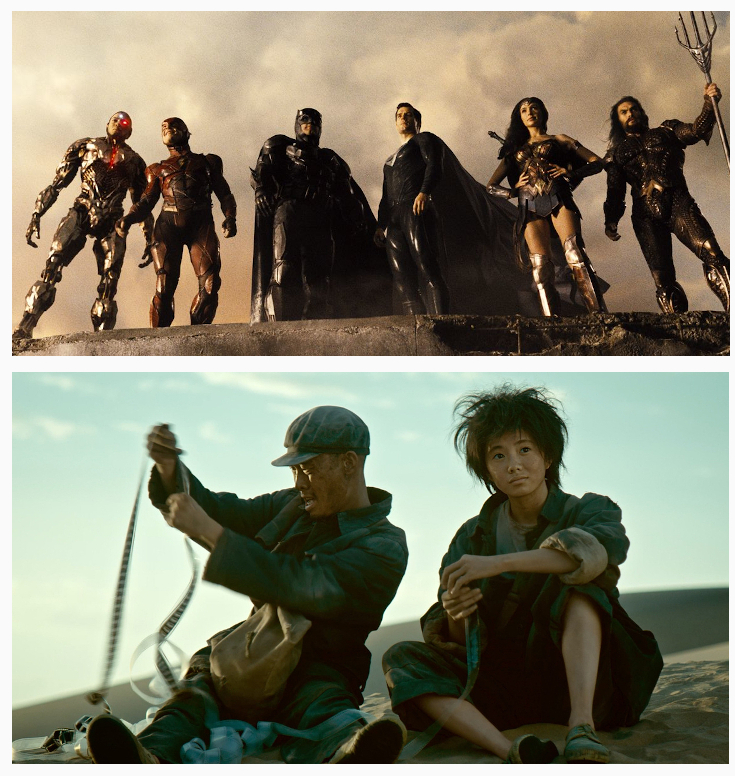 Speaking of enjoyment, Godzilla vs. Kong and No Time to Die easily accomplish what they are looking for. The first takes the good of Kong: Skull Island but extends its intuitions to a better understanding of the images and the icons at its disposal. The latter closes Daniel Craig’s affair with 007 by using all that his body can offer to the frame. It wants us to remember Craig’s grandeur by pushing on the tragedy pedal too overtly, but one cannot deny the sheer improvement these Bond films have brought to the overall franchise.

I was moderately happy with Guy Ritchie’s Wrath of Man and Steven Soderbergh’s No Sudden Move, but the fact that I haven’t felt the urge to revisit them tells me that not everything clicked with these films. Almost the same can be said for Halloween Kills, the twelfth installment of the blood-driven saga of Michael Myers, and for Coming Home in the Dark, which frightens with its darkness until it becomes irrelevantly tiresome. 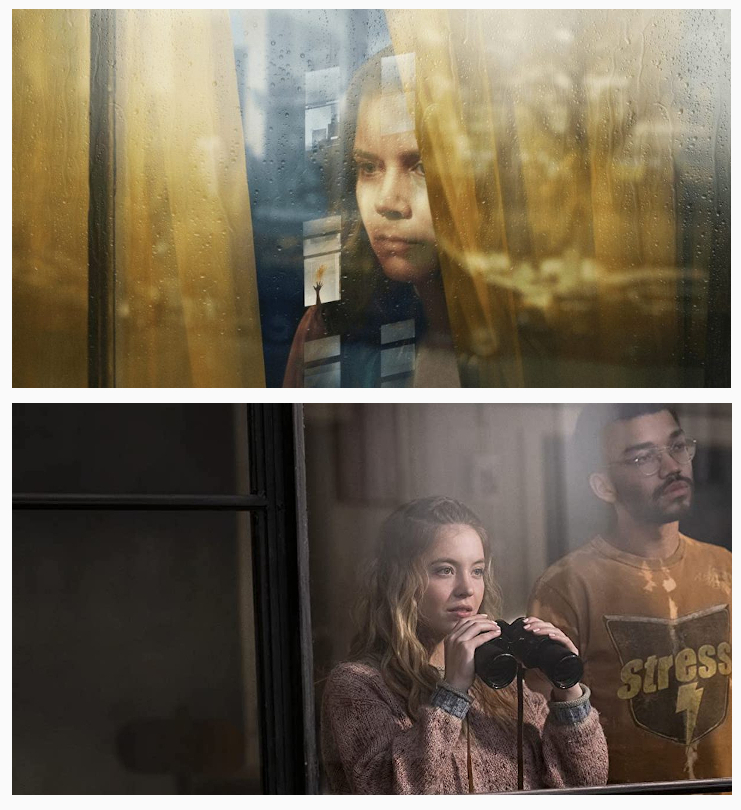 I had much more pleasure with two little films that instantly became my beloved guilty pleasures of 2021. The Woman in the Window and The Voyeurs invite us to join them in the well-known and irresistible art of curiosity. Both explore breaking privacy barriers and fulfilling the perverted desire of knowing more about others than they know about us in order to exert more control over them. The Voyeurs is slightly better because there is lovable honesty in its sleaziness, even though it could have pushed for more in this regard.

Some old friends came back this year with their new efforts. Raging Fire is the way Benny Chan chose to leave us forever. The action is great and the old Hong Kong spirit is alive, and I have certainly liked it more than some of the recent works from Dante Lam. Still, I was a bit exhausted at the end, but maybe that’s what Benny Chan wanted me to feel. Something very close to how I felt with Abel Ferrara’s Zeros and Ones. He is a true rebel in the cinema world, but I need more time to wrap my head around his last three films. And then there is M. Night Shyamalan. Old finds him on the same spot he has always been, using the same tricks for kind of the same stories, but one way or another he keeps me there in front of the screen with a smile on my face. 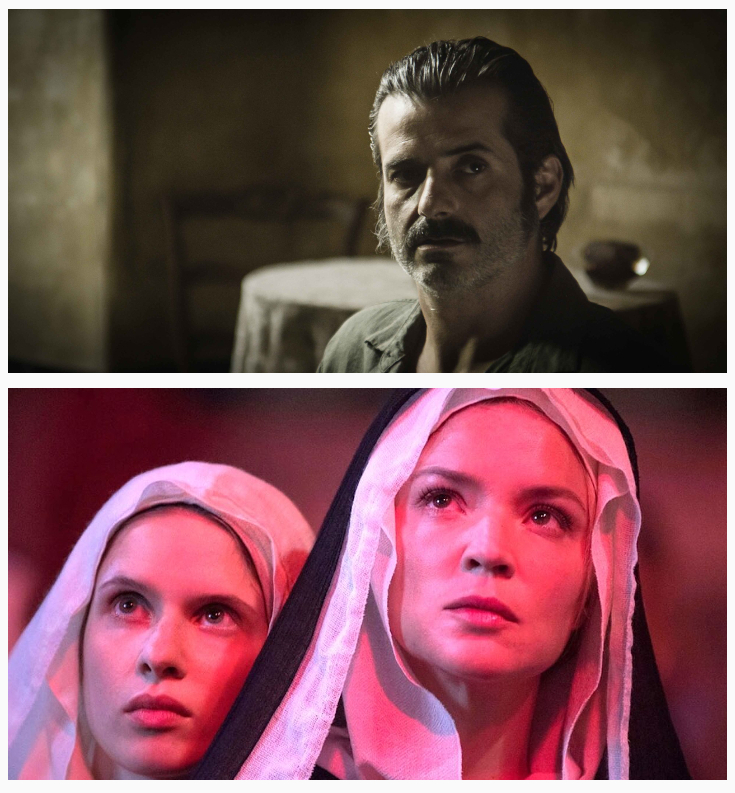 Unfortunately, these good pals had to deal with Paul Verhoeven’s Benedetta which simply blasted them all away and forced its way to my heart. Once again, Verhoeven is not scared of images and the power that a single image can have. Once again, he places a woman as the centrepiece of his plan. And once again, he demands our total attention, our alert cooperation, because he is still refusing to dumb his cinema down to the industry standards. Considered alongside Basic Instinct and Black Book, and more so than Elle, Benedetta can be seen as part of an ideal trilogy where women state, defend, and reinforce their position in spite of men.

The struggles of Benedetta reminded me somehow of the struggles Britney vs Spears portrays. This documentary is more of a call for help than a cry for scandal, hence something genuine, at least as far as a pop star’s extra-ordinary life can be. Help is also what the characters of Bonifacio Angius’ I Giganti scream for, which makes all the more sense when one considers the present we are living in right now. Angius tells us hope is terribly out of reach. Can we find a way to move beyond a simple nod that shows tacit agreement? Rarely in recent years a film has moved something inside me for days with the same frightening aplomb of I Giganti. Its sincerity fits like a glove, but underneath that glove one never knows whether a punch or a caress is waiting for them. 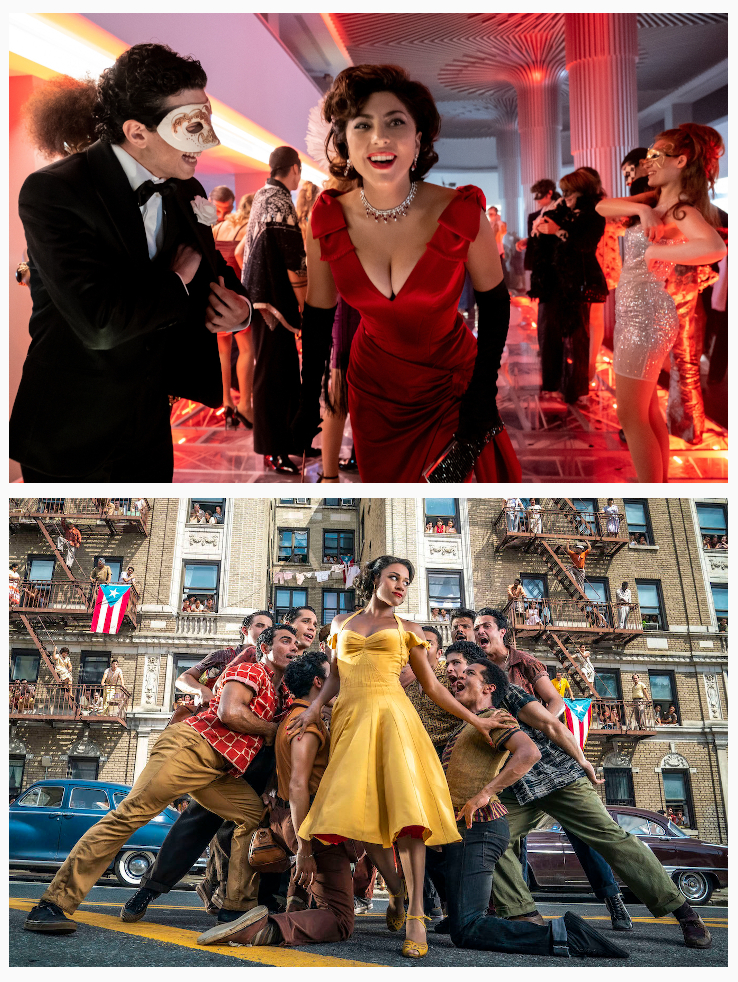 Mentioning pop stars makes me wonder: is there anything Lady Gaga cannot do? In a farcical fanfare beautifully unable to contain itself like House of Gucci, Gaga manages to be the centre of a full-blown overacted extravaganza where talents such as Al Pacino and Jeremy Irons trade outlandish duets with younger stars like Adam Driver and Jared Leto, while she spins the wheel of their bravura in all seriousness. Ridley Scott captures our present of rich masks and disposable personas by trapping a gossip-generator story in a luxurious cage of nothingness. House of Gucci is what a nice satire like Don’t Look Up can only achieve in few great moments.

Finally, right on the last days of this 2021, Steven Spielberg decided to surprise me one more time. Fifty years after Duel, having mastered the cinematic form in a career as full of marvellous moments as it is occasionally spoiled by missed opportunities, Spielberg shoots for the moon with a project so out of time that it was bound to be the box office bomb it is turning out to become. However, the magic of West Side Story’s tragic love story, the brilliance of its choreography and its montage, its irresistible music and colours, all make for an earnest request to watch cinema in order to rediscover pleasures that we don’t even know whether they exist or not any more. Spielberg will always be the smiling kid in the middle of a gathering of tired and cynic adults, reminding everyone that the dream must be kept alive.