I feel old and boring whenever I talk or write about Hong Kong cinema, which is weird because I wasn’t there at the beginning. I was too young back when Italian film nerds were exchanging obscure VHS tapes feeling like underground warriors. My eyes were still set on Hollywood and little else from Europe, so it wasn’t until a decent internet connection arrived that the gates finally opened. 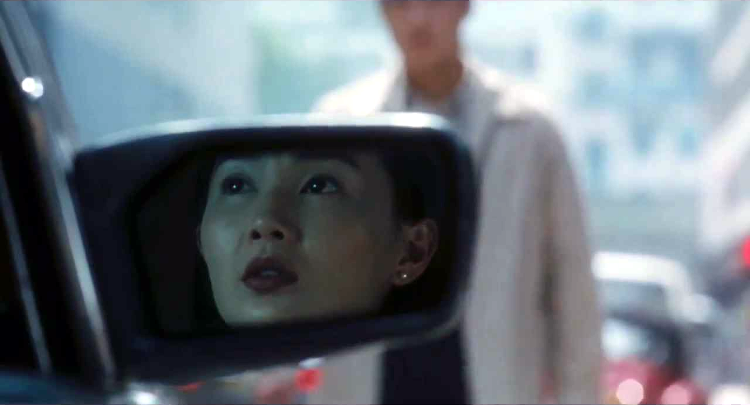 When the time came, I experienced my own kind of magic. Armed with a cheap region-free DVD player I ransacked yesasia.com and other, now defunct online stores, driven by insatiable euphoria. I just couldn’t stop. The more I read, the more I wanted to watch. The more I watched, the more I collected piles of DVDs. A flow of images, titles, directors became one indistinct mass of data, impossible to keep up with. Honest pleasure was much more important than the analytical approach.

Those wild years of endless viewings seem a bit distant now that Hong Kong cinema has definitely distanced itself from what it was. On the one hand, today we have lavish productions, bombastic blockbusters good for a popcorn and Coke combo. On the other hand, some directors and actors from the golden age are pushing the nostalgia effect to its extreme consequences, struggling to keep the old spirit alive, revisiting tropes that made them heroes amongst cinephiles all over the world. In either case, something precious got lost along the way, as if Hong Kong hasn’t really been able to cope with the handover yet.

There is a moment in Peter Chan’s Comrades: Almost a Love Story which captures this sense of loss and bewilderment so well. We are near the end, Lai Siu Kwan (Leon Lai) and Lee Kiu (Maggie Cheung) are in New York, a city whose crowded and chaotic streets resemble those they left back in Hong Kong. Lee Kiu is working as a tourist guide now, taking a group of Chinese mainlanders around the Big Apple. Tired of taking pictures at the Statue of Liberty, a couple of women turn to Lee Kiu, trying to understand when she is taking them to shopping. One of the them asks about her home town, Guangzhou, and more importantly, points out the mere fact that many Hongkongers are moving to China these days where they are finding better jobs. Confronting these remarks with what has meant for Lee Kiu and Lai Siu Kwan to leave mainland China and try to get by in Hong Kong is devastating. Why leave China for another place if that is really where the opportunities are up for grab? How can they stand the pace of a country growing at a speed which is inevitably leaving many behind?

Chan seems to believe that Hong Kong has never been the land of opportunities for mainlanders with little hope to survive where they were born, and extends his disillusion to New York by blending the differences between the two cities. Eventually, all that Lee Kiu and Lai Siu Kwan are working for is to remain in the same place after all. As immigrants in the United States as they were in Hong Kong, they are looked down and confined to the isolation of the unknowns, rejected by societies where solipsism has become the only means of survival. Alone with their dreams of escape, Lee Kiu and Lai Siu Kwan have only their work to hang on to.

Right before the dramatic handover, Chan used romance to spell out the problems of a city that has failed to deal with contemporaneity. The capitalism which separated Hong Kong from China’s own brand of the same economic system, and which ironically made most of its vibrant cinema possible, wrapped the city obfuscating the reality outside, making it oblivious and totally unprepared to what was about to come next. Comrades: Almost a Love Story suggests that as long as Lee Kiu and Lai Siu Kwan have each other, there is a way out. But what happens when love is missing? Like Lee Kiu facing the inquiring tourist, Chan doesn’t offer an answer. And as for Hong Kong cinema, the question still remains open.